Sony’s KD-85X91J delivers the rich, realistic picture quality we expect from a company with years of experience building cameras, displays, and editing equipment for the movie industry. Like its popular predecessor, the X91J also has a really robust feature set for the price, including a full-array LED backlight that provides precisely localized lighting across the entire screen. 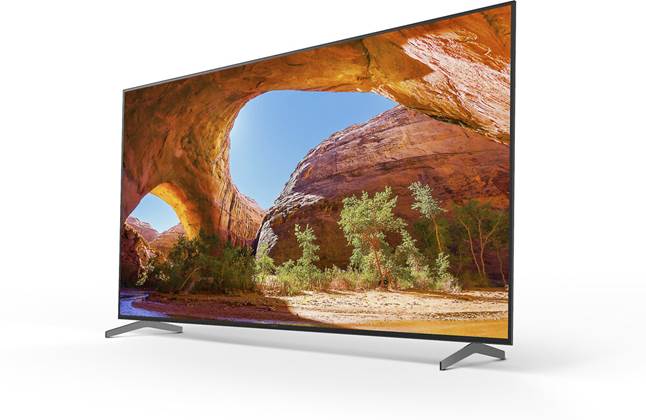 This TV supports several HDR formats, including HDR10, which is a requirement for Ultra HD Blu-ray movies and streamed 4K content. It can also handle the more sophisticated Dolby Vision® format. This dynamic HDR system adjusts brightness and color levels in response to the video signal on a scene-by-scene basis for rich detail and color.

You also get Sony’s 4K HDR Processor X1™ which analyzes the color in individual objects and adjusts the contrast accordingly. When objects are remastered individually, you get greater depth, enhanced texture, and a more realistic picture.

New this year is the built-in Google TV smart app platform which consolidates a wide range of streaming services into a single user interface. Watch an episode of Killing Eve on Hulu followed by The Expanse on Amazon Prime all from one watchlist, without having to dig around in individual apps.

And if you’re feeling really lazy, you can simply ask the remote’s built-in Google Assistant to pull up a show or movie. You can also adjust the volume, change channels or inputs, and control other basic TV functions using your voice.

The X91J has Chromecast built-in and Apple AirPlay® 2 support so you can easily stream all kinds of content from your mobile device or compatible computer.

The TV also includes the Apple TV streaming app, so you can rent, buy, and watch titles from Apple’s video library, and subscribe to Apple TV channels, without connecting a separate device.

The X91J has a lot in common with the pricier sets in this year’s Sony lineup, including some great gaming features. It will support enhanced Audio Return Channel (eARC), 4K at 120Hz, and Auto Low Latency Mode (ALLM) right out of the box. After a firmware update, it will also support Variable Refresh Rate (VRR) for smooth, tear-free graphics.